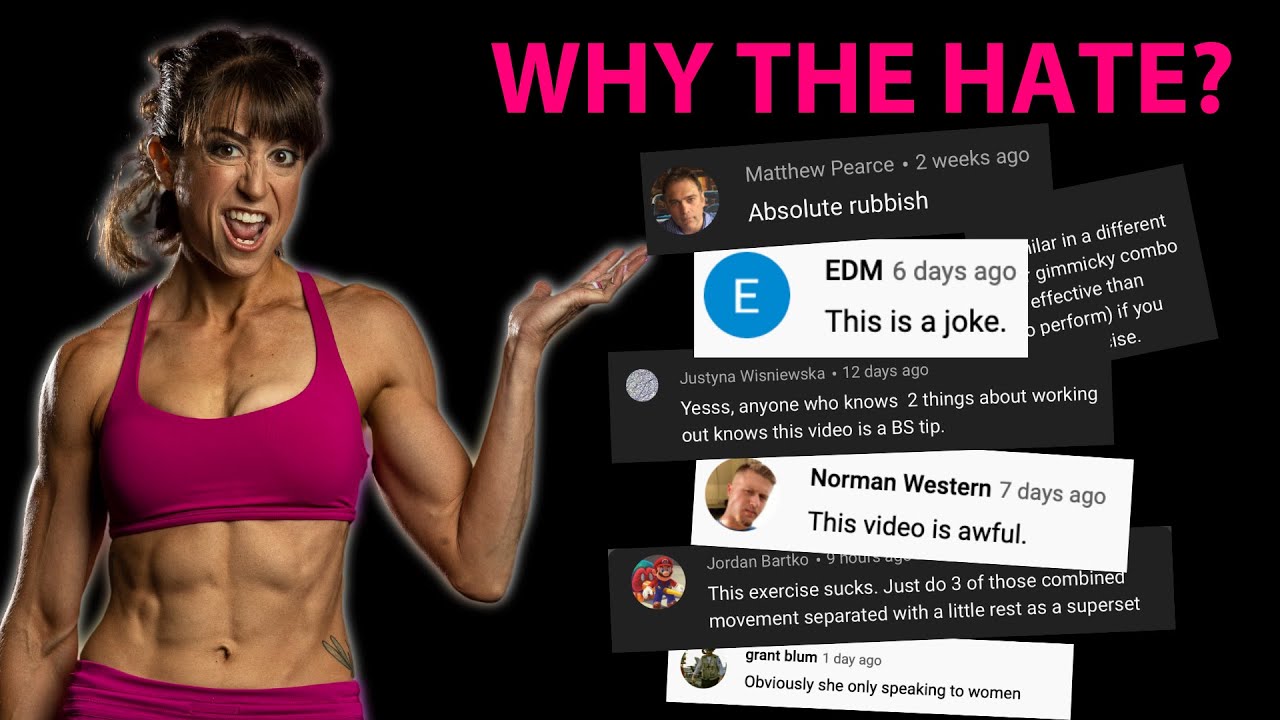 You know why there are so many different perspectives out there in fitness?

Because there are a ton of different things that can work based on your needs and goals.

Are some of them a bit far out there and only work for those rare few?

Yup. But as my husband was told growing up because of his weird approach in baseball, “You don’t tweak the freaks.”

Now while I’m not encouraging you to go find the strangest thing possible to test, I do think it is key we start to embrace the opportunity in different perspectives and see these differing opinions as a chances to learn and improve.

Over simply demonizing moves or opinions as wrong.

I can’t tell you how many times early on I “wrote off” a cue or training technique because it didn’t fit the “tribe” I was in at the time.

This ultimately held me back from becoming as strong and as fit as I could be as efficiently as possible.

It’s why I can deadlift more now than when I won the MA/RI State Powerlifting Championship.

It’s why I’m leaner now than when I fought tracking and focused only on “eating clean” and restricting arbitrary foods.

We need to seek to learn and even challenge our own perspective with differing opinions. This is the way we can find little tweaks to make to help ourselves personally improve and create the Frankenstein program right for us.

Because ONE SIZE DOESN’T FIT ALL.

Now I bring this up because of the interesting comment chain I read on my Underrated Arm Exercise.

If it challenges you, it will change you.

Heavier loads are only ONE way to create progression and muscle hypertrophy.

Muscles grow stronger and bigger in response to a challenge that forces them to adapt.

Time under tension using different tempos, changes in range of motion, changes in tools used, changes in the exact movement pattern and your postures, all can create a new stimulus and challenge for your muscles.

And all of these can force your body to have to adapt and grow.

Progression can be simply created from doing the SAME BUT DIFFERENT!

And that’s why I love that amazing arm exercise.

It works your entire arm in one movement.

And there are so many ways you can vary and tweak it to match your specific needs.

Now what if one muscle is weaker and limits the weight you can use?

Many people mentioned that one of the muscles involved was stronger than the others so that they felt like they needed to use different weights on each move to truly challenge each muscle group.

There is definitely ALWAYS a limiting factor in movements. It is why for especially stubborn areas, as I mention in the full video, you may at times still include isolation exercises.

However, these same people vilifying this move because a muscle required for the movement may be stronger than another also love bench press and do push ups and pull ups and squats.

In all of these compound, multi-joint movements, there is a limiting factor. Be it your shoulders or triceps or chest on bench, something impacts the loads you can move.

It doesn’t still mean you don’t get results from it and that you can’t create progression to create hypertrophy.

Not to mention the actual technically ideal strength ratio between your triceps and biceps SHOULD be 1:1. So if you have a huge difference between the two that is actually something you may want to work on.

And it is probably based on what you’ve trained or utilized more.

Technically the triceps accounts for around 55% of upper arm muscle mass, while the biceps takes up about 30%. While many mentioned their biceps being stronger, this is likely due to preferential training.

And although the triceps are a bit bigger than the biceps, both are equally important. As antagonists, an equal strength ratio can be key.

So maybe more of us need moves like this that force us to work BOTH muscle groups more evenly.

Not to mention both the triceps and biceps play an important role in our overall shoulder health. Why not work them at the same time we also get the benefits of an overhead press!

And instead of simply writing this move off because one area is stronger so the weight doesn’t challenge it as much, why not tweak the exact version of the move you do?

You could slow down the tempo, especially of the eccentric portion of the exercise component you wanted to make more challenging.

You can do an extra rep in that piece of the movement even, performing two curls to one overhead tricep extension.

And on top of all of this, we have to remember that our hypertrophy goals may all be different. Not all of us are training for a bodybuilding competition nor super experienced lifters.

We may not need to use isolation moves to truly challenge those muscles.
It’s why we need to understand that different moves may be right for different training experiences and goals!

Why use a hybrid movement?

It seems like a lot of people confused what a compound movement is for a hybrid movement.

To get the best results, I believe we need to use a diversity of movements.

While compound moves are the most time efficient and key for overall functional strength as you’re working more muscle groups at once, for those stubborn areas that sometimes need extra focused work, isolation moves are key.

If a client comes to me wanting to really build muscle, but short on time, I may completely forgo any isolation movements to start. We want to think “bang for their buck” in their workouts.

However, a more advanced lifter who has an area that refuses to grow or change. Maybe you opt for a progression focused on more isolation movements than you would usually do.

The key is you’re embracing the options.

Same goes for hybrid movements – which are movements that combine multiple different movements into a single flow.

A hybrid movement CAN have isolation exercises included.

A bicep curl is still an isolation exercise for the bicep even if you combine it in a flow with an overhead press (which is a compound movement) and then an overhead tricep extension (another isolation movement).

So by doing this flow you aren’t wasting any time doing a bicep curl then a tricep extension.

You’re also getting in the BONUS of an overhead press which works not only your shoulders but also your triceps before that overhead tricep extension.

More time under tension for those muscles! You’ll be surprised by how much you feel that burn adding up!

Another benefit of hybrid movements is the increased energy demands because you are working more muscles in a short amount of time. Especially when usually you’d be doing say 8-12 reps of just a very isolated movement. This can be good to get more benefit in less time if you’re trying to keep your training sessions short!

Not to mention you’re then not working in that overhead press at all!

I also called this an UNDERRATED arm move not the BEST arm exercise or the best tricep or bicep move. This move hits the entire arm which you can’t say about those other isolation moves. Not to mention underrated means not valued highly enough, which I believe this move clearly isn’t.

And often the people not seeing the value, haven’t even tried it.

So instead of writing it off, like I feel far too many have done, try it to actually SEE whether it benefits you. You may be surprised.

Now…even with all of this you may decide the move is not “underrated” as an arm exercise (note I didn’t say bicep or tricep or shoulder exercise, but arm exercise).

You may not include it. But why not see opportunity in this movement to allow yourself to be open to options and improve your training.

You may find at some point it does come in handy…I can’t tell you how many times something I decided not to use I’ve brought back in special circumstances or with a client who really needs it.

What if you only have one weight?

Not everyone has a whole gym full of weights.

This is a great way to make use of that one weight in a time efficient matter if someone has 20 minutes to train and wants to spend most of their workout on those key compound lifts and movements.

What if an area IS stronger, but someone likes the look of this move?

Instead of just writing a move off…Why not find ways to even TWEAK the basic move? Whether it’s changing tempo, making it a unilateral move, adding in holds…There are so many ways we can adjust moves to match our needs and goals.

We have to remember that not everyone has the same needs or goals or even training situation and experience.

So instead of just writing a move off, why not learn who or when it could benefit someone? You may find it ends up being the missing piece to your training!

Too often I see the same people who are labeling moves as bad or pointless, struggling to achieve the results they want. And it’s because they aren’t open to new perspectives, instead sticking by the mantra of their fitness tribe.

Don’t hold yourself back from achieving the results you want. Be open to progression through the same but different. See opportunity in different ways of doing things even if they aren’t right for your needs or goals!